For many, Botox conjures up images of overly injected Hollywood starlets with unnaturally smooth skin and fixed facial expressions. And because of this, the age-reversing elixir has suffered some serious public backlash over the years. However, with the everchanging landscape of the cosmetic industry, Botox may get be getting a second chance at proving that it’s more than just a face freezer. At Walnut Pond Dentistry, we believe that Botox can be a suitable option for the treatment of various conditions that go beyond aesthetics.

In 1987, Vancouver-based physicians Jean and Alastair Carruthers unintentionally discovered some of the beautifying properties in a toxin typically used by ophthalmologists. This discovery would change the beauty world as we knew it, eventually becoming a billion-dollar industry.

Fast forward to 2000 and the drug had officially received a green light from the FDA for the treatment of cervical dystonia (neck and shoulder spasms). By the end of 2006, Botox sales had exceeded one billion dollars, with cosmetic uses accounting for nearly half of all transactions.

Botox is a drug derived from the bacterial toxin botulin, a toxin found in many natural environments, including lakes and forests, as well as in the intestinal tracts of various mammals and fish.

When converted into a serum and injected into the skin, Botox actually inhibits the signals that are sent from your nerves to your muscles. This process essentially paralyzes the targeted muscles, which can alleviate certain muscular conditions, as well as reduce the appearance of fine lines and wrinkles. The procedure is a fairly painless one and usually takes about 10-15 minutes to complete.

What does Botox Treat?

Contrary to popular belief, Botox has the ability to treat a variety of medical conditions, including:

Does Botox Have a Place in Dentistry?

The more widely recognized Botox has become as a safe and simple procedure, the more popularity it has garnered in the dental community. And yes—from a cursory glance, Botox appears to have no place in a dentist’s office. However, both dentistry and Botox cater to individuals who are uncomfortable with certain aspects of their appearance or their health. Plus, dentists are fully prepared to perform procedures that are far riskier than Botox. At Walnut Pond Dentistry, we believe that offering Botox injection services can enhance the overall credibility of any dental practice and adequately meet the needs of your patient base.

Leave it to the Professionals

Interested in giving Botox a try? To schedule a consultation with one of our Annandale, NJ dental professionals, contact us online or call our office at (908) 200-7007. 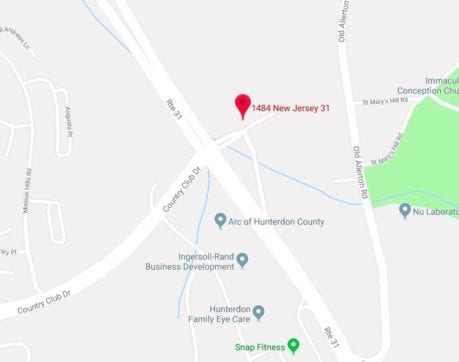